I’m sure if your a football fan, or lover of any excuse to get together, indulge in libations and eat, then your starting to plan your Game Day eats! Before you invest your hard earned money in that $5.99 jar of canned cheese and $11.99 box of frozen rolled tacos, I challenge you to think outside the box and really WOW your guests with a Simple Swap take on a Mexican classic, enchiladas!

Today’s homemade enchilada sauce recipe kicks off a three part series to show you a healthified take on the traditional enchilada. I promise, it’s not as scary as it sounds! A few simple ingredients (which likely are in your pantry already), thrown into the Ninja, pulsed for a few minutes and viola… you have a Spicy Enchilada Sauce! 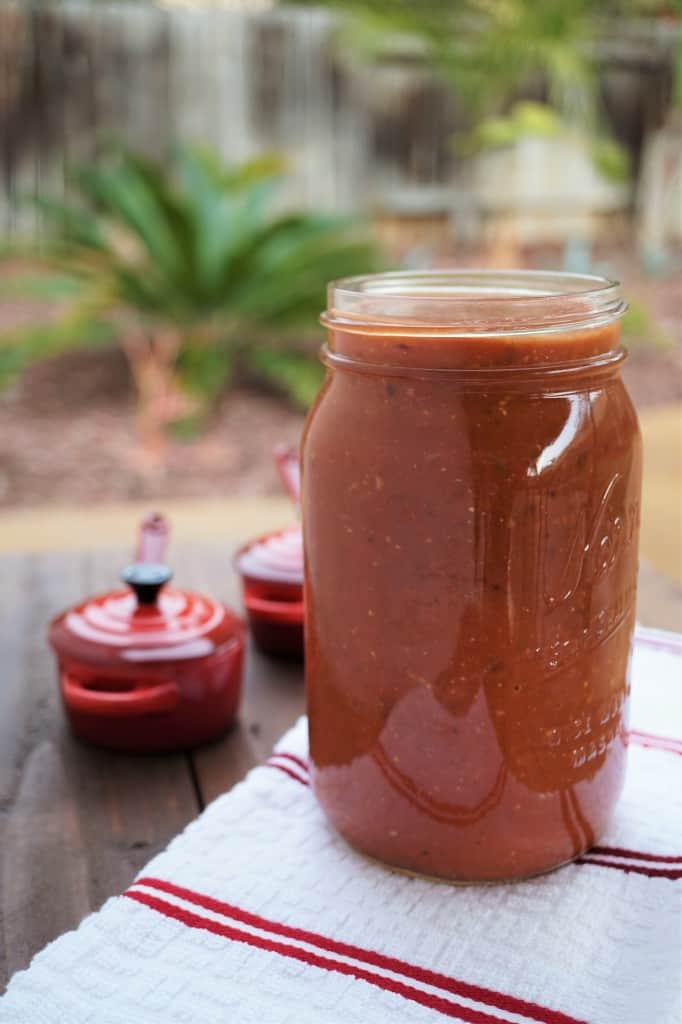 Save this one because I promise it'll be a hit thi

Press save if you’re looking for a a SIMPLE + FA

Tap save and grab that fork because I'm inviting y

What a weekend!!! 👏 This EPIC moment in history

The answer to your body telling you to add somethi